We are certainly getting used to staying in one place for a while but on Tuesday 31st May we know we have to get a wiggle on so cast off from our lovely mooring in Negra and head towards the bright lights of Toulouse. Its a bit far to travel in one day so after a long day cruising decide, as we haven’t seen another boat all day, that it’s safe to moor overnight on a waiting pontoon for the lock at L’Ecluse de Castanet. There is also a conveniently situated  little restaurant where we enjoy a lovely meal having only a 20 metre stagger back home.

We are booked into The Port St Saveur for a month and arrive just before lunch time on Wednesday the 1st June where we are met by Sylvianne, the Capitaine, who directs us to our mooring tucked right into the corner making Charles work hard at looking professional and not hitting any other boat.  We are delighted to see some friends Henry and Monique who we spent quite a lot of time  travelling together along the Champagne Bourguone Canal last year.

Toulouse is the 4th largest city in France (after Paris, Lyon and Marseille) and has the fourth largest university in France.  It is the centre for the European aerospace industry with the headquarters of Airbus, the Galileo positioning system and the SPOT satellite system.

It also hosts the European headquarters of Intel and CNES’s Toulouse Space Centre the largest space centre in Europe.  The unique architecture made of pinkish terracotta bricks giving it its nickname of La Ville Rose (the Pink City)  making it a very popular tourist destination.

We enjoy a couple of days being tourists and familiarise ourselves with this huge city – having being used to peace and quite on the canals in the countryside for so long we find the hustle and bustle quite overwhelming.  I am delighted however to discover that Toulouse has recently started a Parkrun – a Saturday morning 5 k fun run.  It only entails Charles and I cycling 8 miles to find it though followed by an 8 mile ride back but its worth it even if there were only half a dozen runners – I think there were about 500 runners when I last did a Parkrun in York the UK.

After our trip to the UK to celebrate my 60th birthday and to share in the Maybo 20th anniversary celebration we return to Toulouse on Monday the 27th June this time with our car which is laden with goodness knows what but apparently everything is essential.  I have taken advantage to stock up on our favourites; Heinz baked beans, chilli beans in sauce and other goodies which we can live without but don’t want to.  It’s good to see Maggie, Nigel and Tashi in the port too so enjoy a drink and a catch up before they move off the next day. Charles and I walk into the city and after going through quite rigorous secutiry to enter a Fan Zone to watch a UEFA match Belgium beating Hungary 4 – 0 The atmosphere was good but it certainly wasn’t crowded. 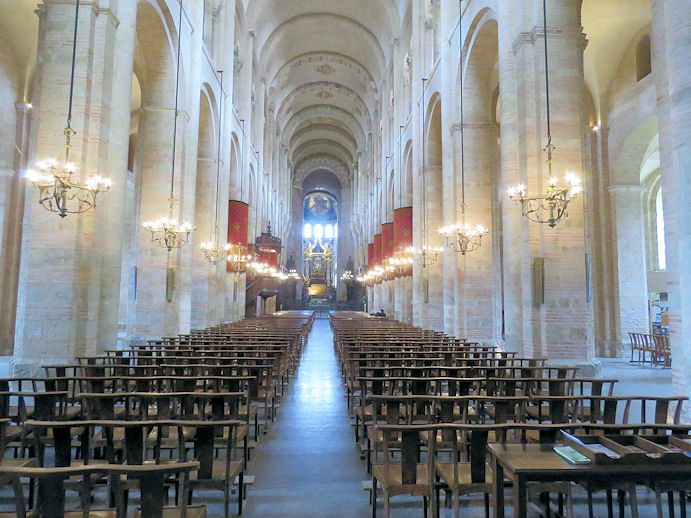 We stay in Toulouse until the end of the month and enjoy drinks with Peter on Triton, a New Zealander who we had met the previous year, (his wife Gwen as she was visiting family in the UK)  and   Nigel and Jean on Jack Vance who we also met last year at Tournus. 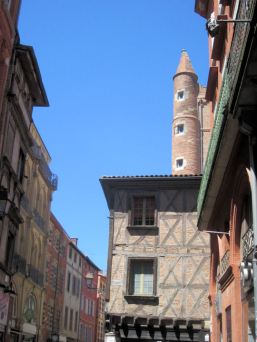 A little ball bounces down the steps and it plays

David and Anne arrive on Cassandra and we help each other out by driving our car to Montauban with David, leaving it there and returning to Toulouse in his thus saving long train journeys.

On Thursday David and Anne take us to The Space Centre which is a really interesting place – always helpful to have lots of hands on stuff to keep me amused while Charles gets an education on the history of the development of space travel and how jet engines actually work. After lunch we enjoyed watching an Imax film which gives an experience of being in a space station.